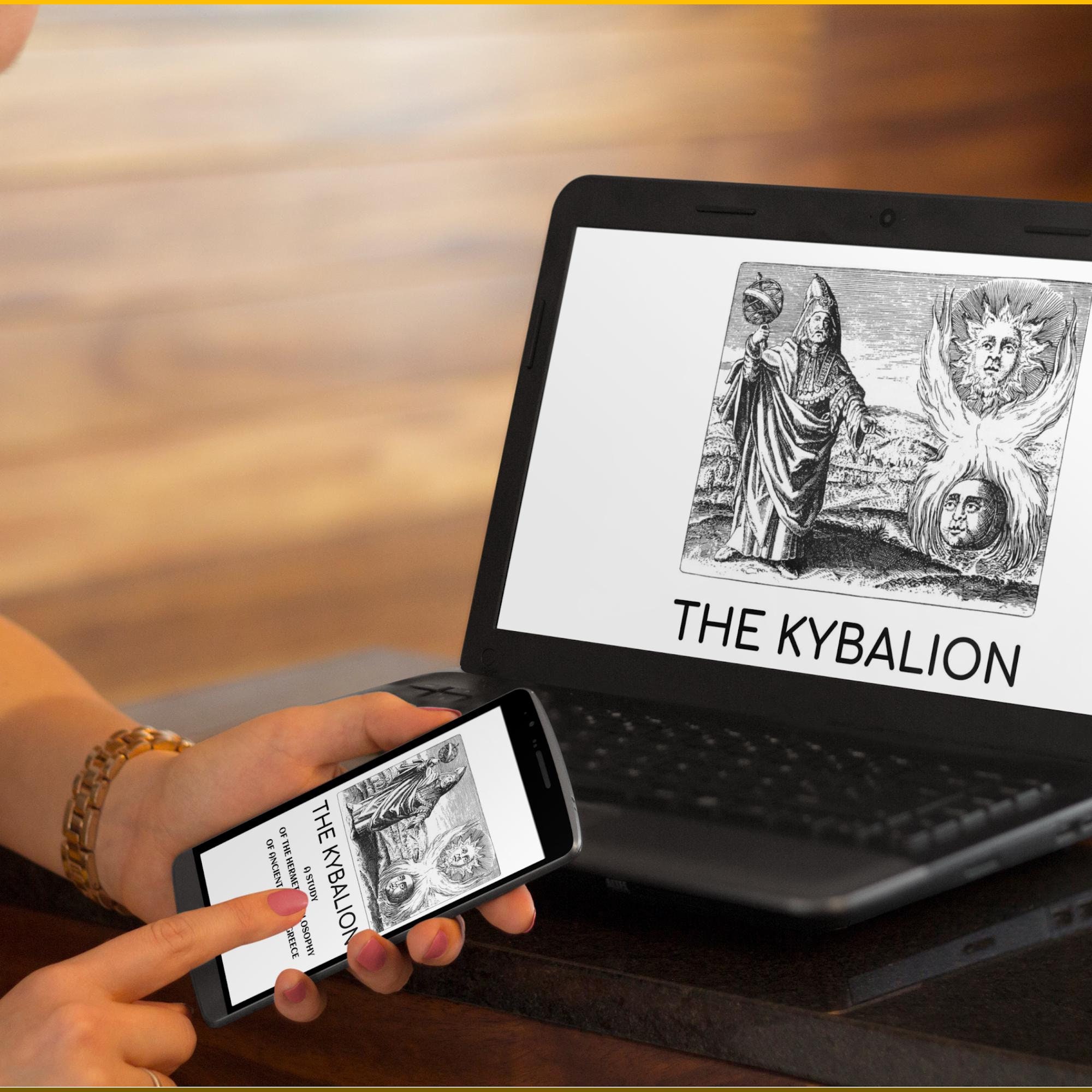 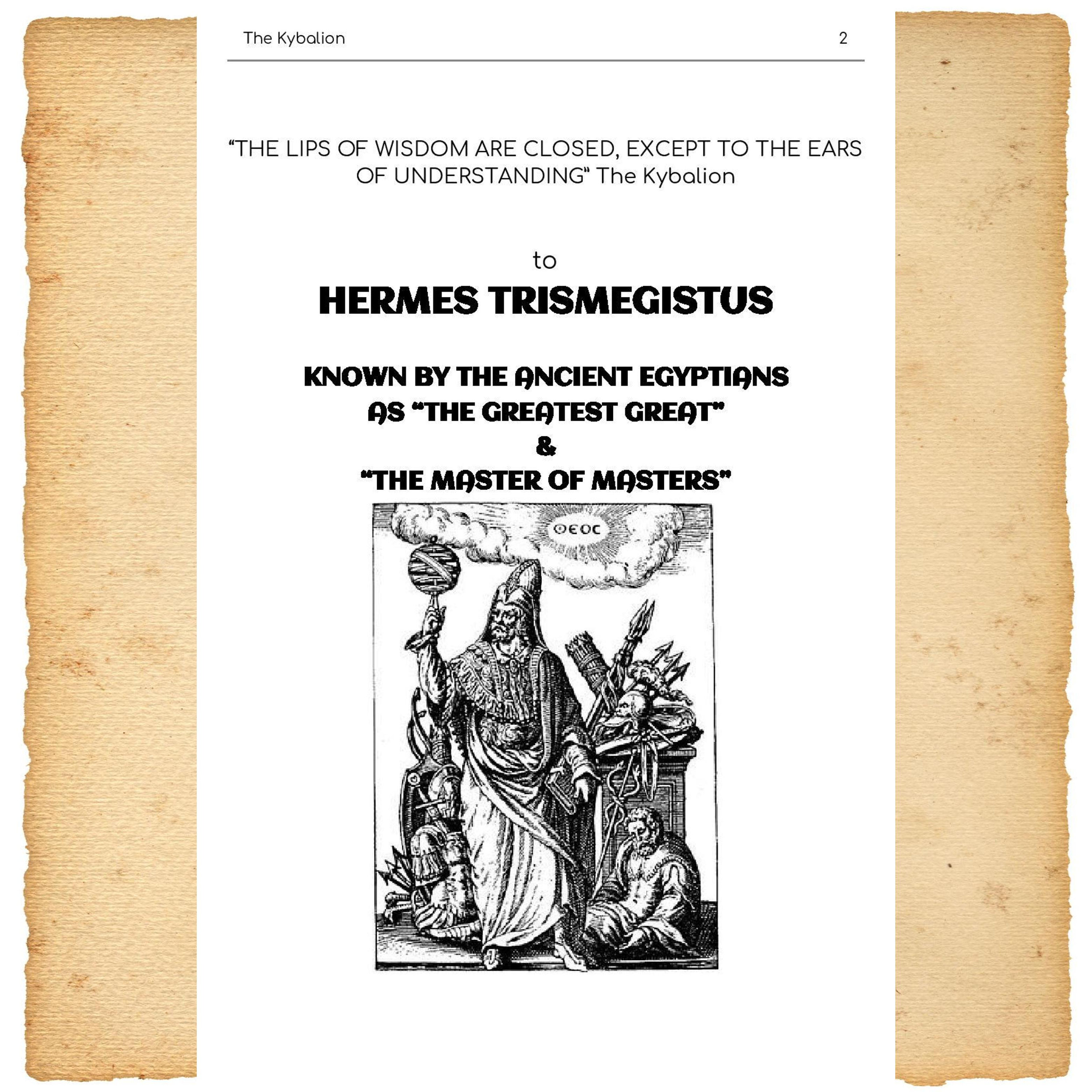 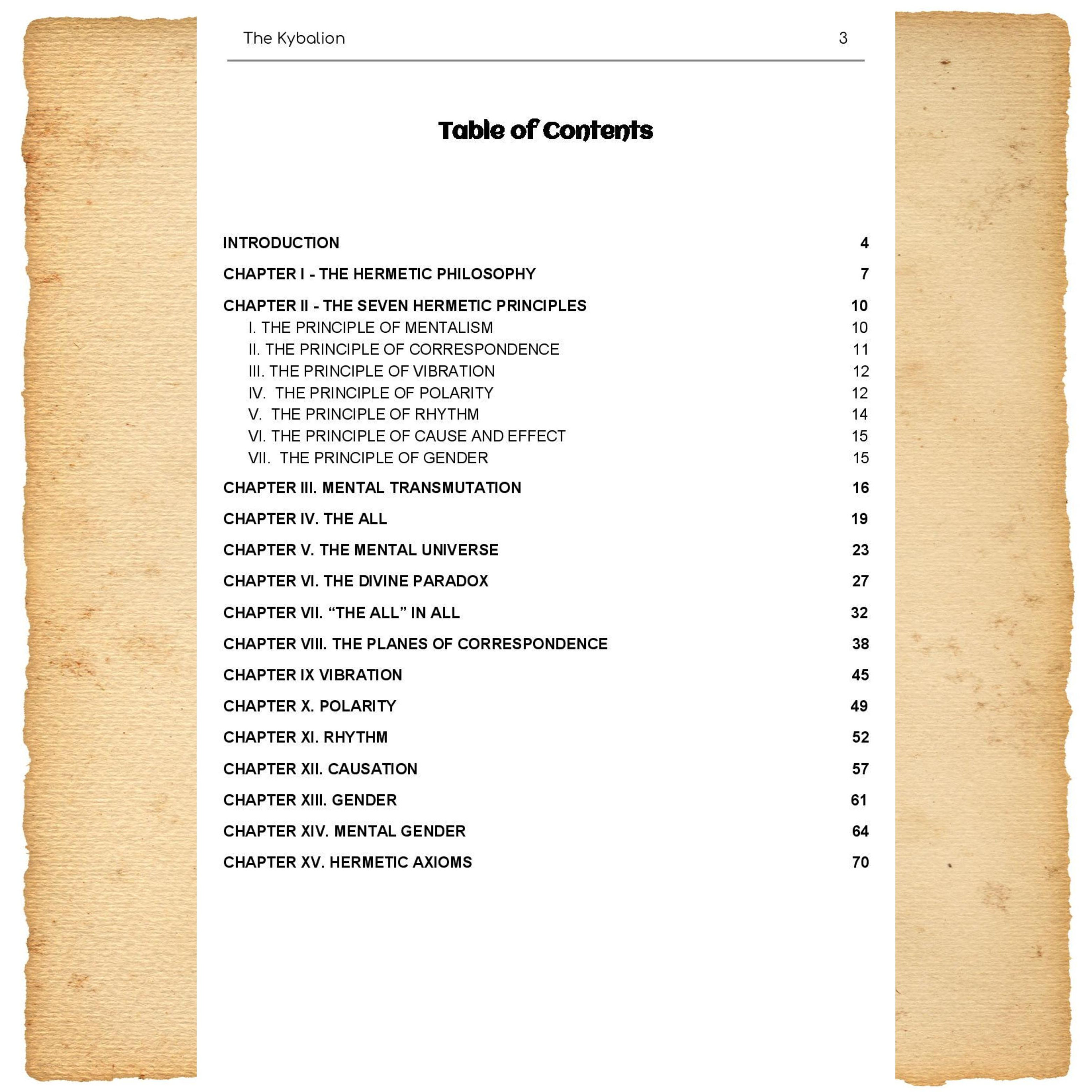 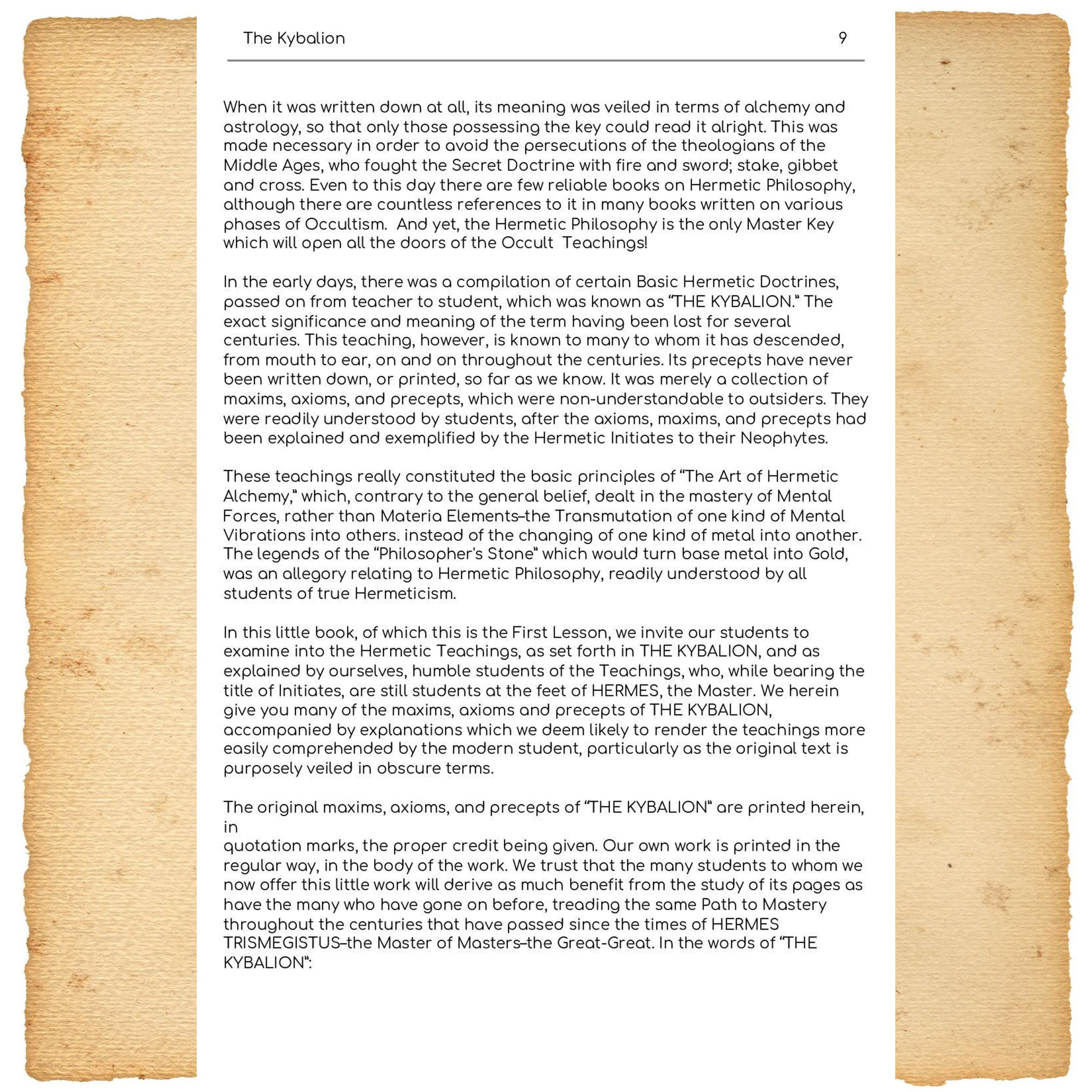 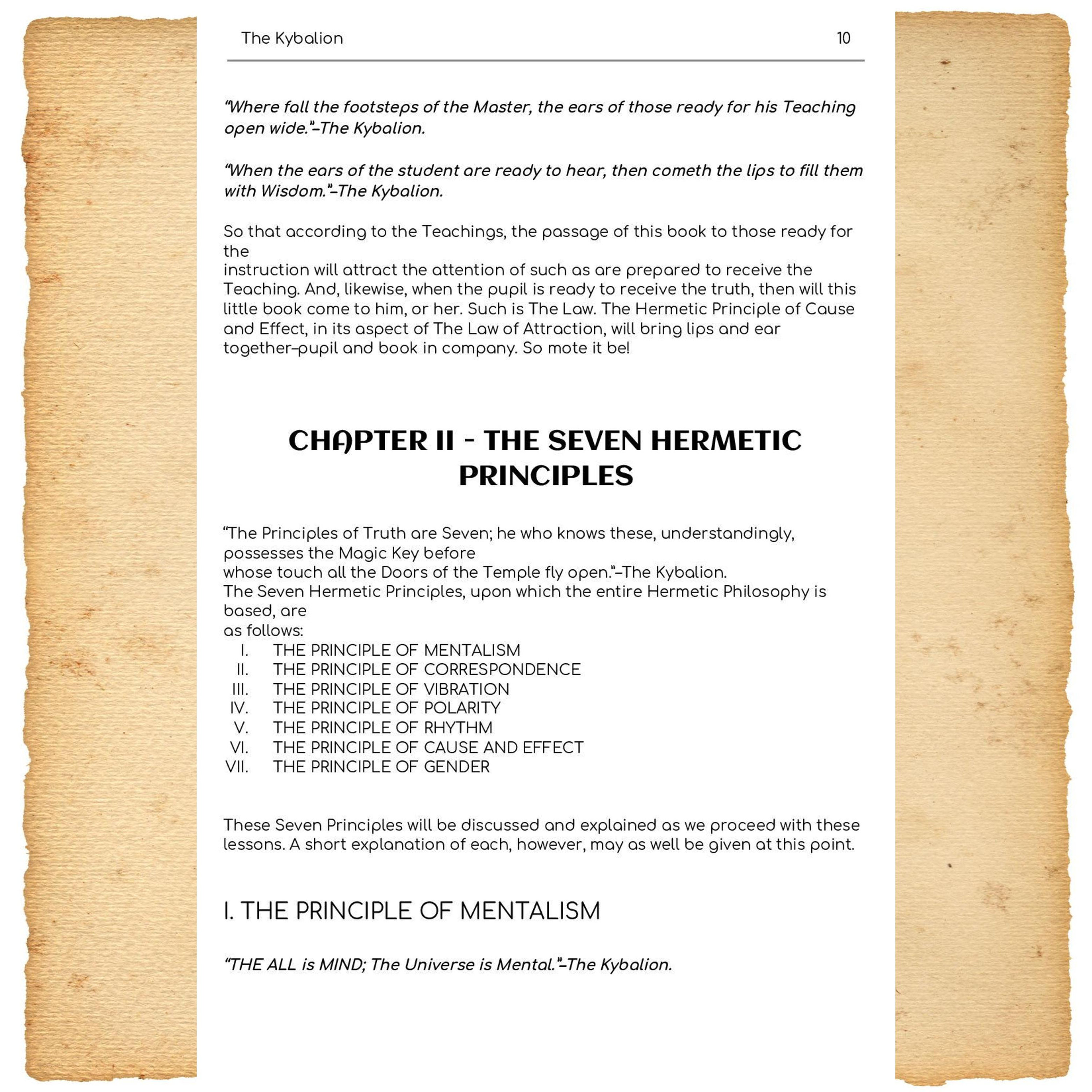 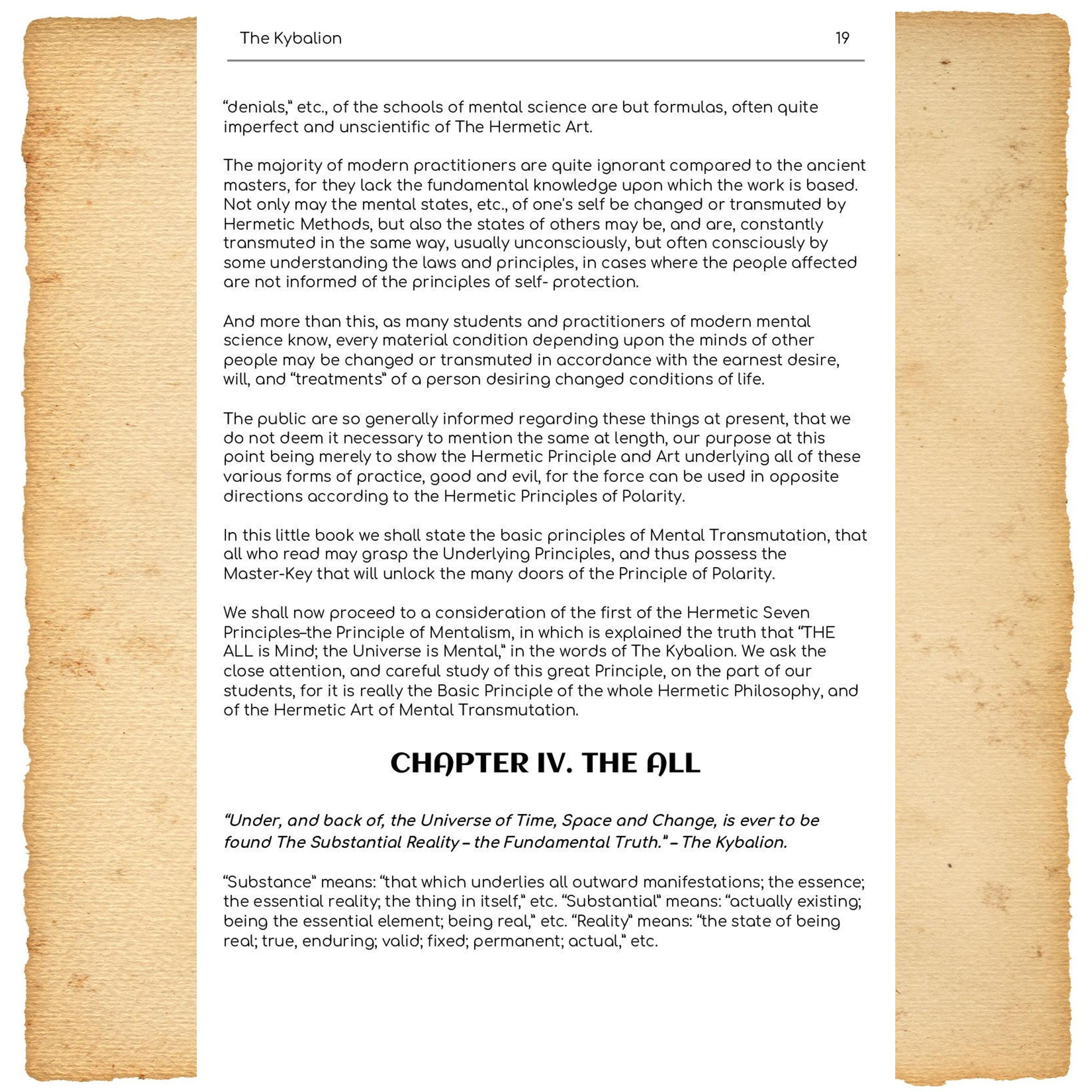 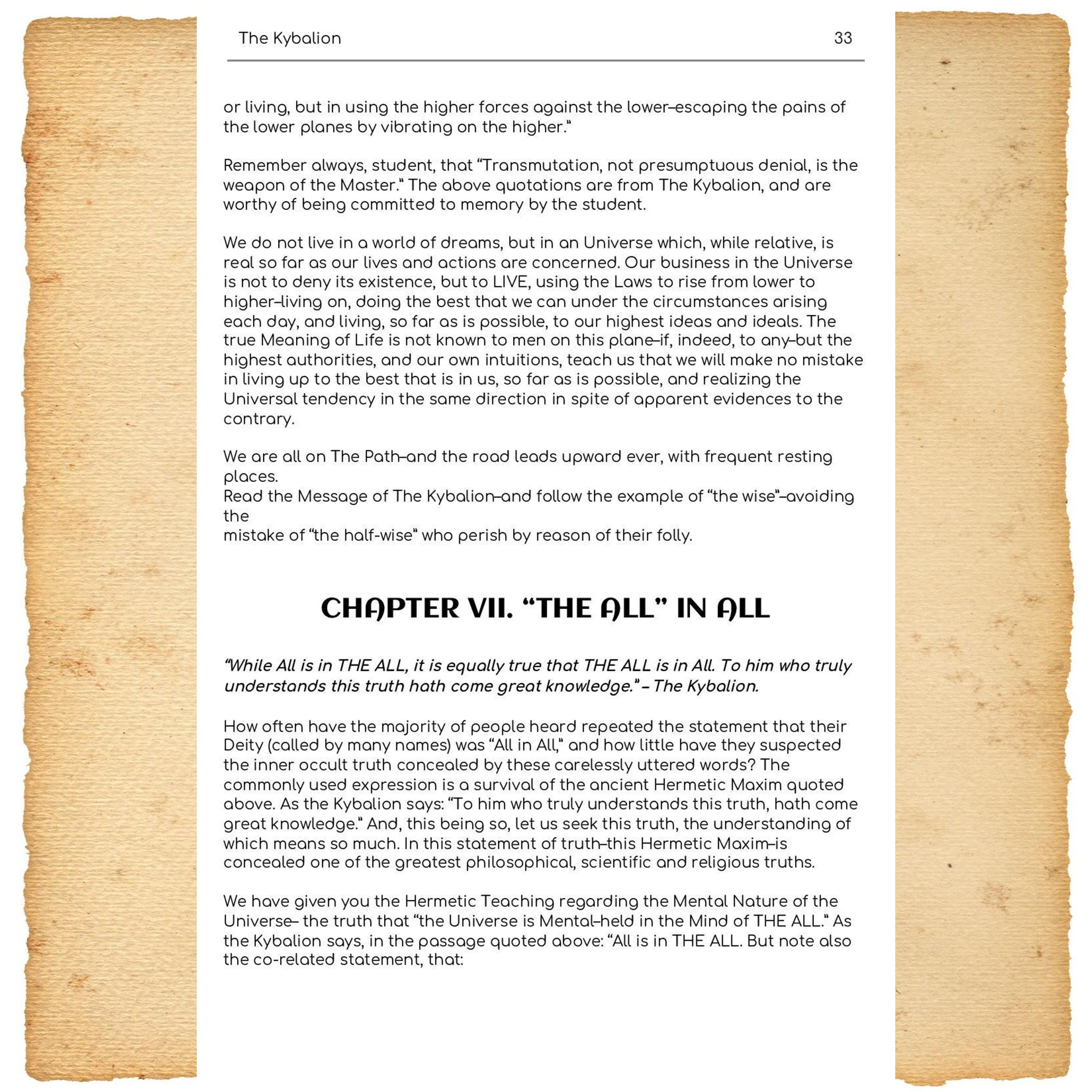 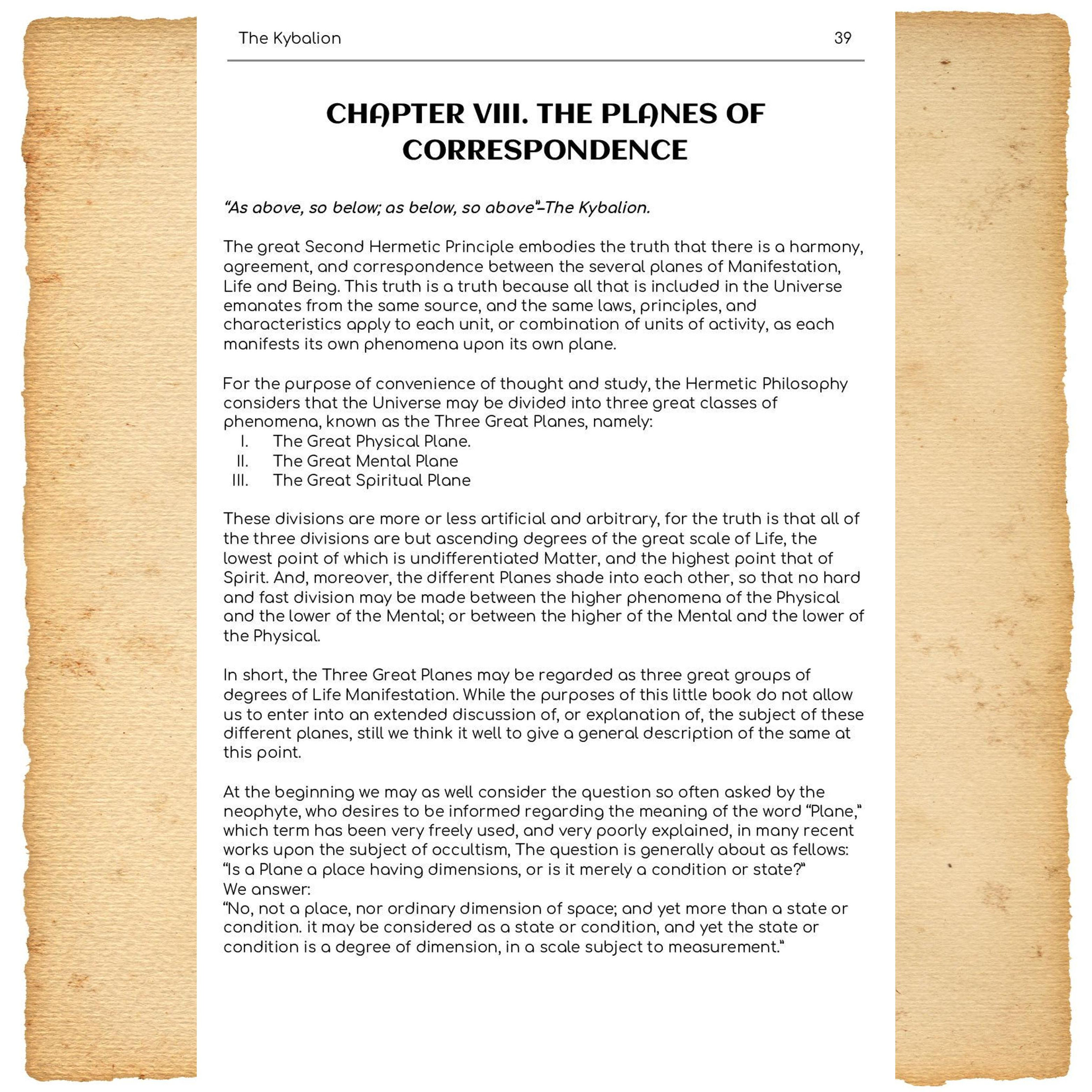 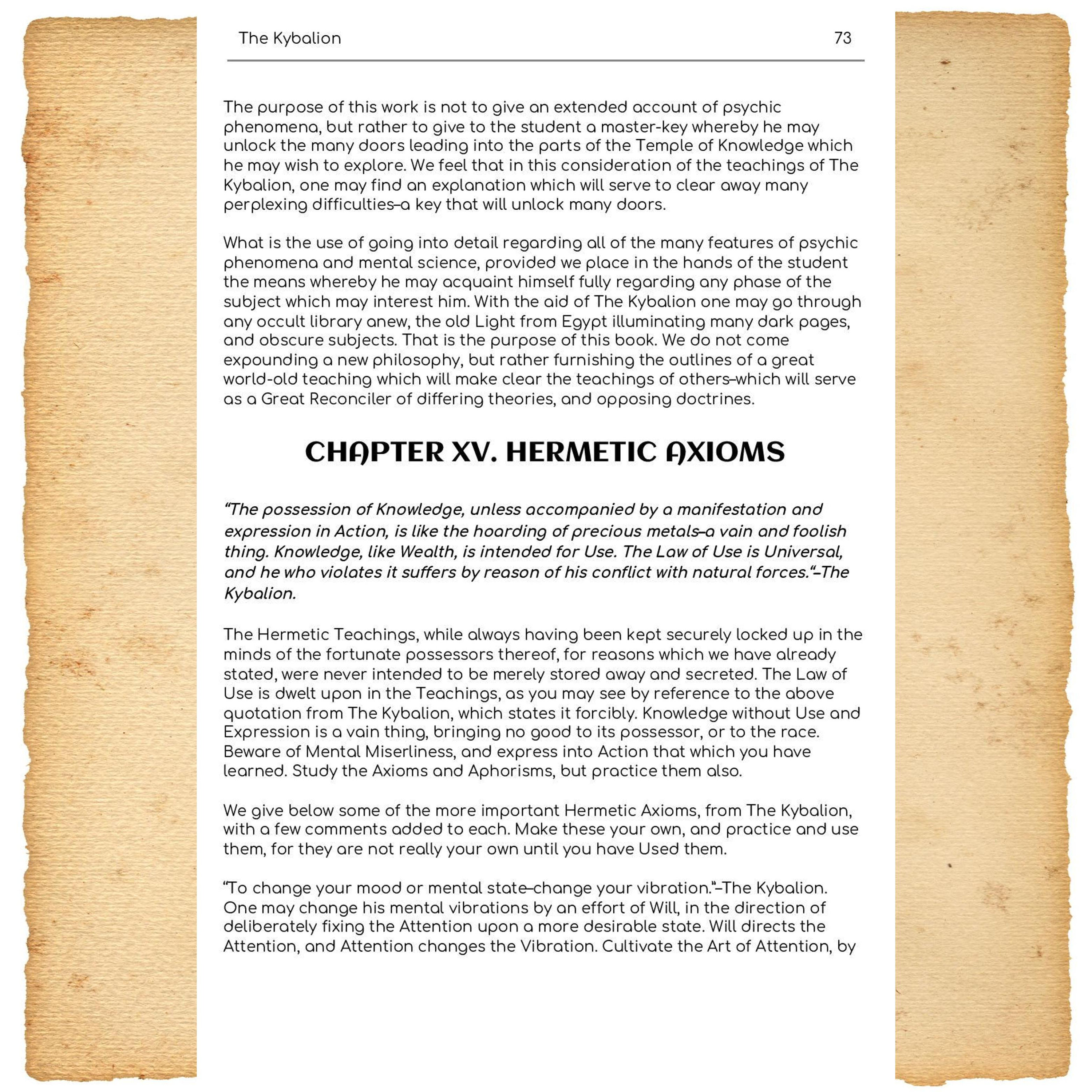 12
The Kybalion: Hermetic Philosophy, originally published in 1908, is a book claiming to be the essence of the teachings of Hermes Trismegistus, one of the most influential magic users of his time. He could undoubtedly access the astral level and other dimensions, transport himself across dimensional boundaries, project magical shocks, amazingly extend his lifespan for at least 3200 years.

As a divine source of wisdom, Hermes Trismegistus was credited with wast amount of writings of high standing. Many considered him to be a wise pagan astrologer who predicted the coming of Christianity. He knew the three parts of the wisdom of the Universe: theurgy, alchemy, and astrology. Hermeticism was a magical and religious movement that was considered greatly important during both the Renaissance and the Reformation.

The book dedicates a chapter to each of its seven "Principles."
1. The Principle of Mentalism represents the idea that "All is Mind." Everything that happens has to be a result of a thoughtful state which precedes it. For anything to exist, thoughts had to form first, which then form physical existence. "Your thoughts are seeds; plant positive seeds in your mind garden."
2.The Principle of Correspondence reveals the idea, "As above, so below; as below, so above." This principle declares that there is a harmony, agreement, and correspondence between: the Great Physical, Mental and Spiritual Plane.
3.Principle of Vibration presents the idea that nothing rests, everything moves, vibrates, and circles, motion is unmistakable in everything in the Universe.
The higher a personality is on the scale, the higher the rate of vibration will be. Here, The All is said to be at an absolute level of vibration, almost to the point of being at rest. To change one's mental state is by deliberately "fixing the attention" upon a more beneficial state.
4.The principle of Polarity represents the idea that everything is dual, has two poles, and has its opposite. Everything "is" and "isn't" at the same time; there are two sides to everything; opposites are identical in nature yet different.
5.The Principle of Rhythm states the idea that in everything, there is a pendulum-like movement. There is rhythm between every pair of opposites, or poles, and is closely related to the Principle of Polarity.
6.The principle of Cause and Effect explains that there is a cause for every effect and an effect for every cause. It also states that there is no such thing as chance.
7.The principle of Gender embraces the idea that gender is manifested in everything. Gender demonstrates itself on all levels as Feminine and Masculine principles.